I was looking for a diversion this week so i decided to attempt to recreate Conways Game of Life using shaders in JPCT for Android:

I wanted to see if it could be done, and figure implementing to run in a shader in the GPU will be a lot faster than running it on a device CPU.

This is because Conways Game of Life could be called an "embarrassingly parallel" problem, as long as all cell calculations are completed by the next tick of course.

I reused code i wrote while attempting to create a fluid dynamics effect (failed project) as some of the methods to implement it, were similar, ie. passing the comutations back and forth between two textures.

The four basic rules of Conways Game of Life (taken from wikipedia) are:

I was able to implement this using the GLSL step function in two lines as show below.
I used step functions native to GLSL to avoid IF statements, as branching can slow down shaders.

Below is a screen shot of this running on my android device.

Because it's running at the device screen resolution you really have to zoom in to make out the cells. 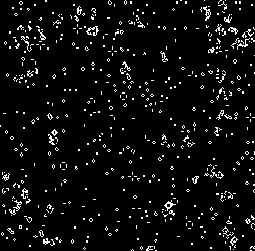 I plan to keep going back to this to allow users to draw to the screen and make cosmetic changes etc.

I decided before Christmas ,after learning just a bit more about shaders that i would attempt to make world at the centre of this game procedural instead of relying on textures.

The reasoning for this being :

Some of the cons so far:

To do this i initially started by working with a GLSL plasma function, i modified this (https://www.bidouille.org/prog/plasma )function to produce 3d noise instead of 2d based on the location of the point that is being drawn within the 3d space, as opposed to the points location on the texture. The reasoning for this is that it creates more seamless realistic textures on 3d objects such as a sphere. 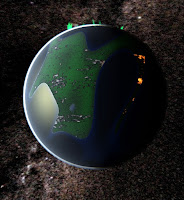 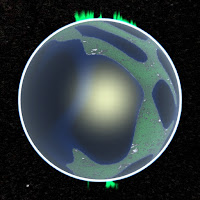 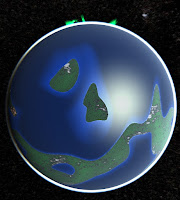 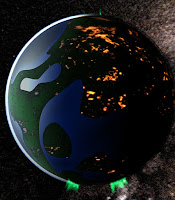 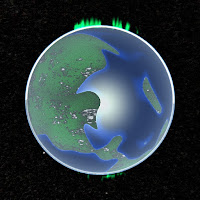 Will updates this tomorrow with changes to this.

After a few years of grappling with JPCT and learning a bit about game loops and shaders along the way i have decided to attempt to move to Unity.

1.JPCT is a graphics framework, not a games development on, so it doesn't cover many things like audio, etc that i need.

2.Unity would allow me to write something for multiple types of devices with less worry about compatibility.

3.Unity is developing much faster and has much more tools, assets etc available. Not to mention many tutorials.

JPCT was useful however and i learned at lot from it that i would not have learnt from using Unity.


Unity was great but unsuitable for my project.
Posted by Unknown at 05:46 No comments:

Made changes to the GLSL shaders for the planet surface in my game.
It now reflective oceans on the day side and a glowing city light effect on the darkside.

Still not happy with this as it doesn't look as sharp as i would like it to, and the only way i can think of improving this is at the moment by increasing texture resolutions, which seems far too much like a brute force solution.

This video also demos the signed distance field buttons i intend to use instead of the Android UI buttons.

They currently all require a double tap, i may change this to a single as it get's tedious.

Fragment Shader for the planet. Is based on this specular example for OpenGL at this link  but modified to suite my needs and to work with JPCT. This shader isn't final.

I'm currently working on a hobby game project for Android using the JPCT opengl library .
While doing this i noticed that i would have to either use androids standard UI widgets or "BLIT" ui objects using JPCT's blitter.

I found a potentially good way to do this reading about "Signed Distance Fields".  This method also interested me as it was an excuse to work with graphics shaders.


Not wanting to reinvent the wheel i first learn how this version for the Cinder library worked https://forum.libcinder.org/topic/signed-distance-field-font-rendering .

Then translated it into something that would work as a GLSL ES shader for the JPCT Library.

I ended up with with this, The image below is a screenshot of the program i made running on the android emulator using different font set's i imported as PNG's 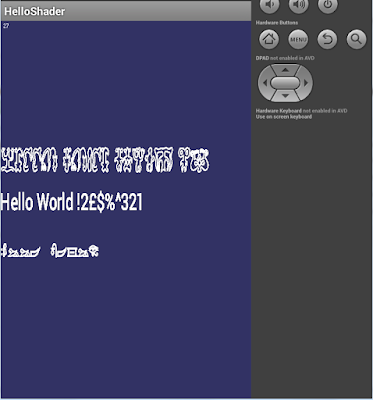 Here is a link a github project af this project here https://github.com/lawlessc/distance-field-glyphs

Below are some screen shots of a later version of my signed distance fields being used my game , running on an Android device . 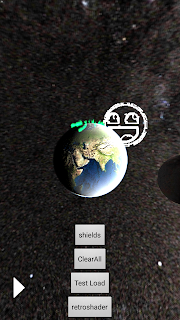 The main menu buttons. The play/pause toggle button and the "awesome face" button attached the planet are all done using signed distance fields.  The other four buttons that are in ever screen shot are standard android UI buttons i'm using to test some features.

Publishing this post so it's recorded somewhere a little less ephemeral than Twitter just some of what "theLiberal.ie" is upto.

TheLiberal.ie is am Irish "newsite" renowned for lifting stories from elsewhere and running questionable competitions to increase it's popularity on social media.

But it's also used to push the far right wing views of its founder Leo Sherlock and his Sister Cora Sherlock who runs the Irish anti-choice group "Pro Life Campaign Ireland". The following will just be demonstrating Cora's link to the site and some interesting posts from one of their admins in the run up to the marriage referendum.


Domain Insights shows all referral traffic to your domain from Facebook, including when people link to your site in their Facebook status messages, clicks on social plugins such as the Like or Share button, and more. Domain Insights also provides sharing metrics and demographic information per domain and per URL so you can optimize your content for sharing and better tailor your content to your audience.

Site owners add tags containing their admins Facebook ID to the headers on the page.
.

TheLiberal.ie has two of these tags. One corresponds to the Facebook account of Cora Sherlock herself suggesting she has strong role in the running of the site the other ID included belongs to a "David Knight".


This is in the source of every page served by TheLiberal and anyone can view by simply right clicking and selecting "View Source" on any of their websites pages.

The numbers  can be added to the facebook url by anyone leading them back to those profiles.

.
With Cora Sherlock this closely involved it's impossible to believe anything published particularly in relation to abortion , reproductive choice  and the 8th amendment could ever approach being unbiased :

But as promoters of the far right they're not focused on just single issues. As the other tagged admin "David Knight" demonstrated on TheLiberals Facebook page in the days before the marriage referendum trying to confuse voters. 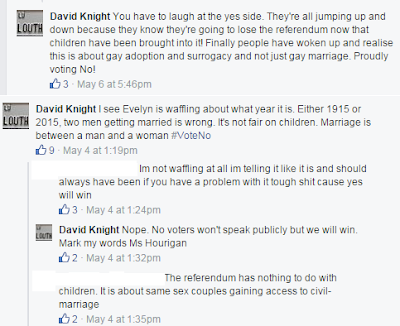 Shouldn't  need more to conclude that Cora Sherlock , "David Knight" and their site TheLiberal probably aren't the most trustworthy sources for news, even now when the independence of a lot of other Irish media is questionable.

Note 22/06/2017
The tags referencing Coras account appear to have been removed now.

I have pushed my college project on classifying facial expressions using neural networks to github.

https://github.com/lawlessc/face-classifier-trainer
Posted by Unknown at 15:36 No comments: